Councillors are elected to represent an individual geographical unit on the council, known as a Ward. Glenfield Parish Council consists of Councillors from the following Wards: Glenfield Faire (8), and Glenfield Ellis (8). 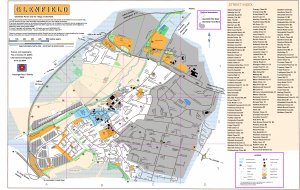 Councillors have three main components to their work:

Decision Making – Through meetings and attending committees, Councillors decide which activities to support, where money should be spent, what services should be delivered and what policies should be implemented.

Monitoring – Councillors make sure that their decisions lead to efficient and effective services by keeping an eye on how well things are working.

Getting involved locally - as local representatives, councillors have responsibilities towards their constituents and local organisations. These responsibilities and duties often depend on what the councillor wants to achieve and how much time is available, and may include:

Why become a Councillor?

Being a Parish Councillor is an enjoyable way of contributing to your community, and helping to make it a better place to live and work.

Will I get paid for being a Councillor?

Councillors do not receive a salary. However, Glenfield Parish Council pays an annual allowance to cover incidental expenses incurred while on council business. Councillors can also claim travel expenses at the maximum of 45p per mile when travelling outsdie the parish on Council busines.

All such claims are approved by the full Council

Yes – most people are. However there are a few rules:

You cannot become a Parish Councillor if you: •Are subject of a bankruptcy restriction order or interim order •Have, within five years, been convicted in the United Kingdom of any offence and have had a sentence of imprisonment (whether suspended or not) for a period of over three months without the option of a fine •You work for the council you want to become a councillor for (but you can work for other local authorities, including the principal authorities that represent the same area).

Our councillors are all elected or co-opted onto the Council, if you would like to become a councillor or find out more about what they do then please follow the links below. Or simply contact the Parish Office

Glenfield Parish Council, as a public authority, believes in promoting the highest standards in public life and therefore has adopted the 'Nolan principles', which are the basis of the ethical standards expected of public office holders:

1. Selflessness. Holders of public office should act solely in terms of the public interest.

2. Integrity. Holders of public office must avoid placing themselves under any obligation to people or organisations that might try inappropriately to influence them in their work. They should not act or take decisions in order to gain financial or other material benefits for themselves, their family, or their friends. They must declare and resolve any interests and relationships.

3. Objectivity. Holders of public office must act and take decisions impartially, fairly and on merit, using the best evidence and without discrimination or bias.

4. Accountability. Holders of public office are accountable to the public for their decisions and actions and must submit themselves to the scrutiny necessary to ensure this.

5. Openness. Holders of public office should act and take decisions in an open and transparent manner. Information should not be withheld from the public unless there are clear and lawful reasons for so doing.

6. Honesty. Holders of public office should be truthful.

7. Leadership. Holders of public office should exhibit these principles in their own behaviour. They should actively promote and robustly support the principles and be willing to challenge poor behaviour wherever it occurs.

The Members' Code of Conduct

In order to underpin these ethical standards and in accordance with the Localism Act 2011, the Council has adopted a Code of Conduct for Parish Councillors (whether elected or co-opted), who required to abide by the code:

Your other Local Elected Representatives

Member of Parliament for Charnwood 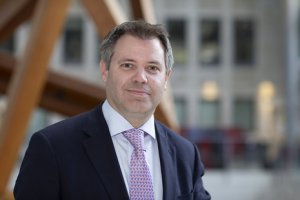 Edward Argar was appointed Minister of State at the Department of Health and Social Care on 10 September 2019.

He was elected as Conservative MP for Charnwood in 2015 and re-elected in December 2019.

In June 2018, Edward was appointed Parliamentary Under-Secretary of State for Justice, and was reappointed to this post by new Prime Minister, Rt Hon Boris Johnson MP, in July 2019. In September 2019 he was promoted to Minister of State for Health, a role he held until July 2022.

Prior to his Ministerial appointments, he also held a number of officer roles on several All Party Parliamentary Groups (APPGs) including the APPG on Dementia, the APPG on Yemen, the APPG on Oman and the APPG on Eye Health and Visual Impairment.

Further details regarding Edward Agar can be found here